Stories of comfort, joy and achievement at Hattie Larlham

Back
In This Section

In 1973, a three-year-old boy with profound disabilities named Billy arrived at the Hattie Larlham Center for Children with Disabilities in Mantua, Ohio. 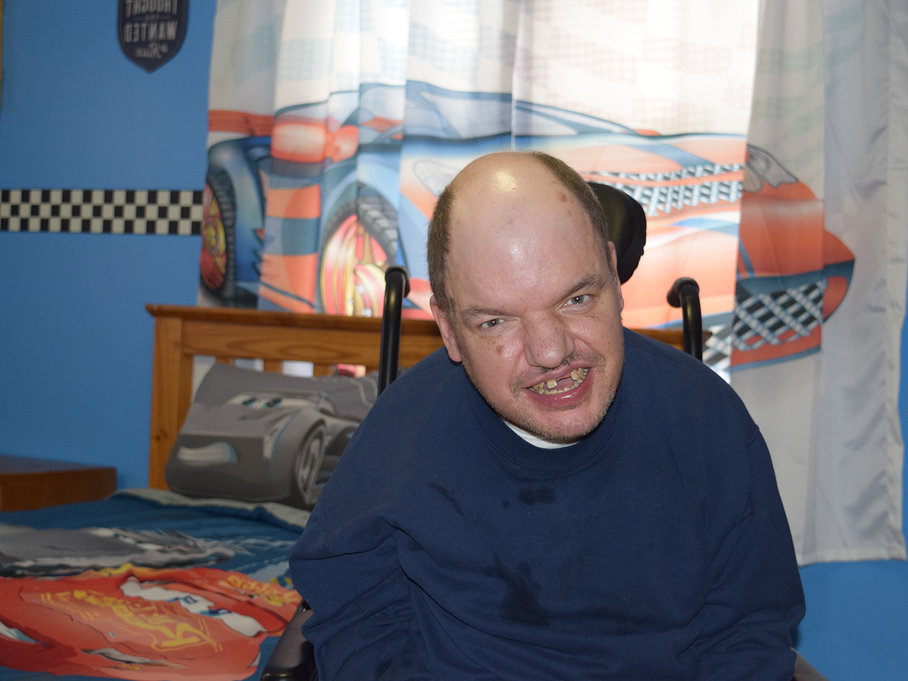 Under the care of Hattie Gadd Larlham herself, and the team of nurses and caregivers at the Center, Billy’ speech and movement dramatically improved. By the age of 13, Billy had progressed so well under the devoted attention of his caregivers that he was moved to a group home, where he could enjoy more independence.

But that is not the end of Bill’s inspiring story.

After volunteering at the Center for many years, Sue and Nancy formed a bond with Bill, devoting their volunteer hours at whichever home he resided. His charming personality captured their hearts so powerfully that, when the opportunity arose in 1995, Sue and Nancy applied for and were granted guardianship of Bill. Since that day twenty five years ago, they’ve visited him every week, thrown birthday bashes at his home, and even decorated his room to showcase his love for cars. 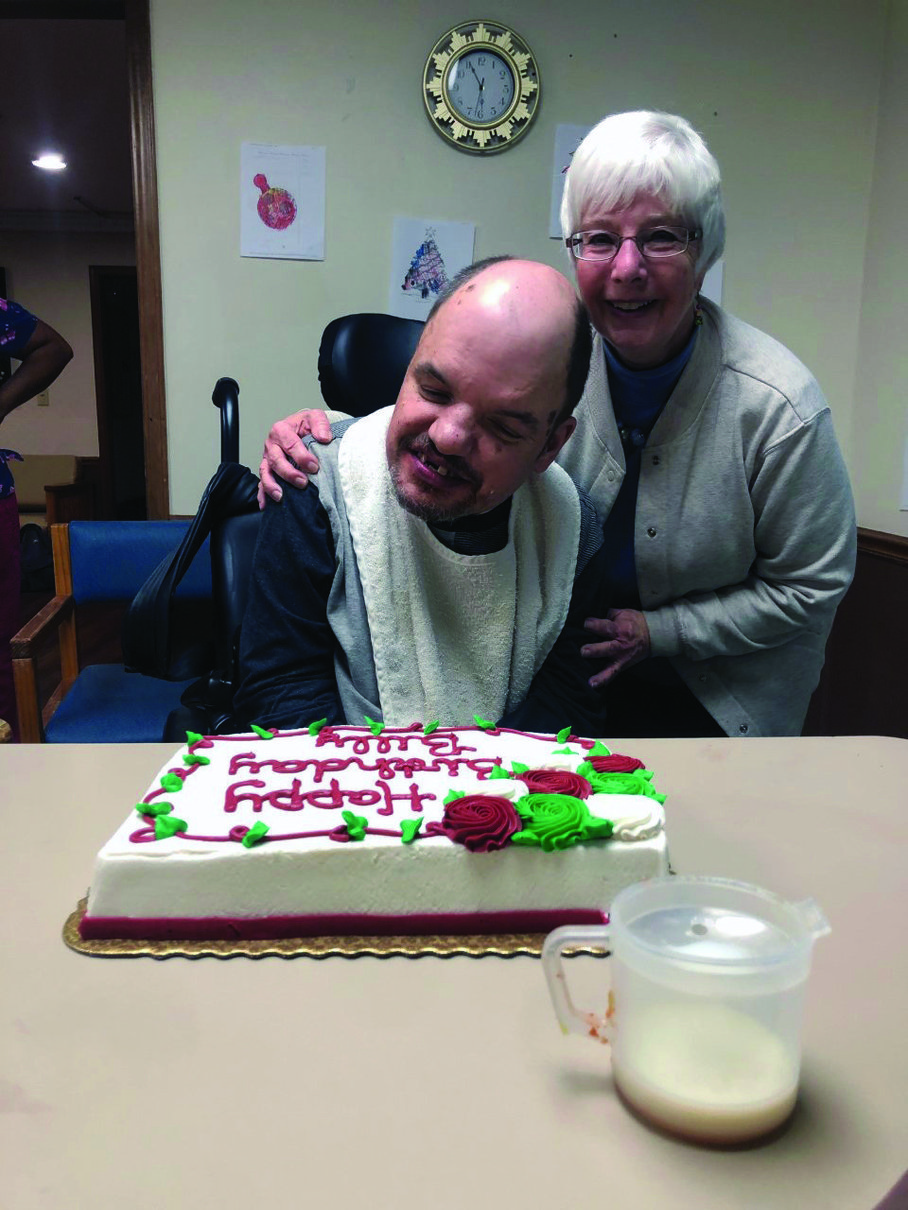 Bill and Sue smile together during Bill's birthday party.

Bill, who celebrated his 50th birthday this December, has spent almost 47 years of his life at Hattie Larlham - growing, learning, and forming life-long friendships. The group home and his amazing care staff have given him the opportunity to explore his interests, develop a routine he depends on, and live in comfort surrounded by familiar and well-loved faces and places.