Creating opportunities for
individuals with intellectual and
developmental disabilities

Because we believe life is sacred, Hattie Larlham enhances the quality of life for people with intellectual and developmental disabilities and their families through our commitment to comfort, joy and achievement.

420 job-seekers found guidance and encouragement through our career services programs in 2020.

268 adults explored and connected through our Constant Companions and Addventures  day programs in 2020.

441 children and adults were served through residential and in-home care programs in 2020. 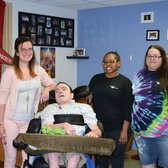 On Jason’s third birthday, his parents received a call that would change their lives forever. Kathy and Don Waggoner pose with their son, Jason, during a visit to the Hattie Larlham Center for Children with Disabilities. Doctors had diagnosed Jason with a rare condition called Sanfilippo’s syndrome (MPS IIIB), which causes a... Continue Reading 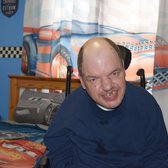 In 1973, a three-year-old boy with profound disabilities named Billy arrived at the Hattie Larlham Center for Children with Disabilities in Mantua, Ohio. Under the care of Hattie Gadd Larlham herself, and the team of nurses and caregivers at the Center, Billy’ speech and movement dramatically improved. By the age of... Continue Reading

Sophia has spent much of her young life at the hospital. Originally diagnosed with “failure to thrive”, she often endured numerous seizures and by 3 years old was no longer gaining weight and had difficulty eating. To sustain Sophia’s life, doctors decided that she needed a feeding tube and determined... Continue Reading

Are you looking for a fulfilling, mission-oriented career? Hattie Larlham has a wide variety of full time and part time positions available.

Employees honored for exemplary performance in 2021